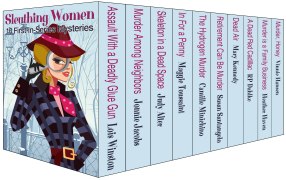 Sleuthing Women: 10 First-in-Series Mysteries is a collection of full-length mysteries featuring murder and assorted mayhem by ten critically acclaimed, award-winning, and bestselling authors. Each novel in the set is the first book in an established multi-book series—a total of over 3,000 pages of reading pleasure for lovers of amateur sleuth, caper, and cozy mysteries, with a combined total of over 1700 reviews on Amazon, averaging 4 stars. Titles include:

Assault With a Deadly Glue Gun, an Anastasia Pollack Crafting Mystery by Lois Winston—Working mom Anastasia is clueless about her husband’s gambling addiction until he permanently cashes in his chips and her comfortable middle-class life craps out. He leaves her with staggering debt, his communist mother, and a loan shark demanding $50,000. Then she’s accused of murder…

Skeleton in a Dead Space, a Kelly O’Connell Mystery by Judy Alter—Real estate isn’t a dangerous profession until Kelly O’Connell stumbles over a skeleton and runs into serial killers and cold-blooded murderers in a home being renovated in Fort Worth. Kelly barges through life trying to keep from angering her policeman boyfriend Mike and protect her two young daughters.

In for a Penny, a Cleopatra Jones Mystery by Maggie Toussaint—Accountant Cleo faces an unwanted hazard when her golf ball lands on a dead banker. The cops think her BFF shot him, so Cleo sets out to prove them wrong. She ventures into the dating world, wrangles her teens, adopts the victim’s dog, and tries to rein in her mom…until the killer puts a target on Cleo’s back.

The Hydrogen Murder, a Periodic Table Mystery by Camille Minichino—A retired physicist returns to her hometown of Revere, Massachusetts and moves into an apartment above her friends’ funeral home. When she signs on to help the Police Department with a science-related homicide, she doesn’t realize she may have hundreds of cases ahead of her.

Retirement Can Be Murder, A Baby Boomer Mystery by Susan Santangelo—Carol Andrews dreads her husband Jim’s upcoming retirement more than a root canal without Novocain. She can’t imagine anything worse than having an at-home husband with time on his hands and nothing to fill it—until Jim is suspected of murdering his retirement coach.

Dead Air, A Talk Radio Mystery by Mary Kennedy—Psychologist Maggie Walsh moves from NY to Florida to become the host of WYME’s On the Couch with Maggie Walsh. When her guest, New Age prophet Guru Sanjay Gingii, turns up dead, her new roommate Lark becomes the prime suspect. Maggie must prove Lark innocent while dealing with a killer who needs more than just therapy.

A Dead Red Cadillac, A Dead Red Mystery by RP Dahlke—When her vintage Cadillac is found tail-fins up in a nearby lake, the police ask aero-ag pilot Lalla Bains why an elderly widowed piano teacher is found strapped in the driver’s seat. Lalla confronts suspects, informants, cross-dressers, drug-running crop dusters, and a crazy Chihuahua on her quest to find the killer.

Murder is a Family Business, an Alvarez Family Murder Mystery by Heather Haven—Just because a man cheats on his wife and makes Danny DeVito look tall, dark and handsome, is that any reason to kill him? The reluctant and quirky PI, Lee Alvarez, has her work cut out for her when the man is murdered on her watch. Of all the nerve.

Murder, Honey, a Carol Sabala Mystery by Vinnie Hansen—When the head chef collapses into baker Carol Sabala’s cookie dough, she is thrust into her first murder investigation. Suspects abound at Archibald’s, the swanky Santa Cruz restaurant where Carol works. The head chef cut a swath of people who wanted him dead from ex-lovers to bitter rivals to greedy relatives.

My thanks to Lois Winston for providing the guest post above. I was eager to promote this set, knowing her work and that of some of the other authors included. I can always count of members of Sisters in Crime for polished, masterful mysteries. Happy reading! 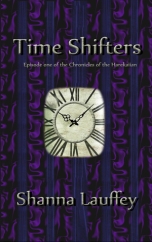 An ancient people who can move through time or space… A secret that never should have been revealed… One day in a Los Angeles restaurant, Akalya of the Harekaiian witnesses the capture of several of her people and is the only one to get away. Now it is up to her to rescue the captives and learn how… and why… they are being apprehended. The key lies in discovering who is behind the hunt for her people, when no one should have known they existed.
See what else is on sale for all e-readers
https://everywhereindies.wordpress.com/2016/03/14/march-sales-e-book-bargains-in-mystery-suspense-and-thriller/

The following books are bargains right now. Everywhere, not just Amazon. Book title links go to Goodreads for more about the books. Sales links take you Barnes and Noble, Kobo, the iTunes bookstore, and/or Smashwords. Review links go to my reviews on this site. (I didn’t review my own book, of course, so there isn’t one for The Calling. See Goodreads for reviews.) 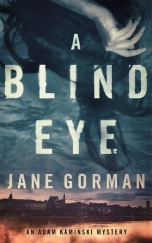 Mystery mixes with political intrigue for an American in Poland

A Blind Eye by Jane Gorman

Sale dates: through end of March

sale dates: through the end of March

review of a Kate Jones short (second half of review) 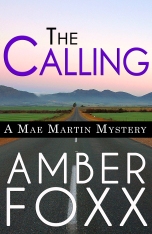 Innovative twist on the mystery genre: no murder and a touch of the mystical 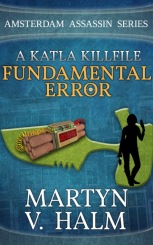 Suspense with an unforgettable protagonist, introduction to the Amsterdam Assassin Series

Free everywhere all the time 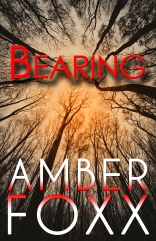 A tale of paranormal horror based on Native American myths.

Mikayla, young Apache woman attending a powwow with her family, becomes entranced by an outsider, a Cree man who shows up without his Apache girlfriend. As her fascination consumes her, Mikayla changes in ways both pleasurable and frightening, powerless to overcome his dark magic until it may be too late.

On Kobo, Barnes and Noble, Apple and more.

Includes bonus material from The Calling, book one in the award-winning Mae Martin Psychic Mystery Series.  Learn more at http://amberfoxxmysteries.wordpress.com

See sales links for this and other short fiction bargains on

Many of these singles are series introductions, so you can sample a new series for a low price or free.

Everything listed on this site is a bargain, of course, indie prices being what they are, but these are a few of the super-bargains.

Chains of Prophecy by Jason Crawford

The Outlaw Women by Amber Foxx

both can be found on: https://everywhereindies.wordpress.com/short-story-singles-and-collections

and one of the books I just reviewed, Lost Cause by J.L. Simpson 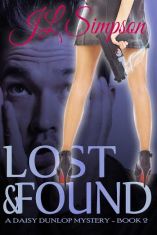 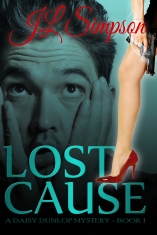 This is the kind of book you could read nonstop. Witty, naughty, fast-paced, well-plotted. Think of an R-rated British I Love Lucy with a whole tangle of mysteries—a missing heir, insurance fraud, a man with a secret, and murder—and you’ll get a sense of what you’re in for. Daisy is a colorful character. She’s smart, attractive, accident prone, inquisitive, and happily married to a man who wants to keep her out of trouble, though the job he finds for her does nothing of the sort. It was refreshing to read a book where the passionate romance is between husband and wife, parents of a teenager. The twists and turns of this story surprised me constantly. The contrast, conflict and repartee between Daisy and her employer Solomon kept me entertained. This is the only book I’ve ever read where a shot was fired that made me laugh out loud. It was a perfect punch line for the whole plot. When you get to it, you’ll know what I mean. I think this is the shortest review I’ve ever written, but with a plot like this, it’s hard to say more without spoilers. I’m hooked on Daisy Dunlop and look forward to keeping up with the series.

Would the sexual prowess of a poodle really incite someone to murder …?

This line from the blurb made me laugh. Many events in the book made me laugh, too—especially the method by which Daisy enacts a heroic rescue near the end. I still laugh thinking about it.

The humor is natural and authentic, coming from characters, relationships and situations, and is funnier for being so genuine. While this is essentially a comic mystery, the murders are handled with realistic seriousness and there are moments of human connection and caring that are true to life rather than risible. When there’s sex, though, it can be hilarious. Daisy and Paul’s marital romance continues to be one of the delights of the series, along with Daisy’s conflicted working relationship with her husband’s best friend Solomon.

The author is incredibly creative. The plot is full of unexpected events and original, colorful characters from beginning to end. And as for the poodles? Read the book to find out.

Buy links (and other great books)https://everywhereindies.wordpress.com/books-by-genre-mystery/

Lost Cause is currently FREE and Lost and Found only $2.99.

Obeying her mother’s warning, Mae Martin-Ridley has spent years hiding her gift of “the sight.” When concern for a missing hunter compels her to use it again, her peaceful life in a small Southern town begins to fall apart. New friends push her to explore her unusual talents, but as she does, she discovers the shadow side of her visions— access to secrets she could regret uncovering.

Gift or curse? When an extraordinary ability intrudes on an ordinary life, nothing can be the same again.

No murder, just mystery. Every life hides a secret, and love is the deepest mystery of all.

Mr. Pumpkin-Head and Other Poems by Tori Zigler

A collection of poems – many with a hint of humor – about nature, magic, emotions, and the world around us.

Look for a guest post from Tori later this week on one of her charming stories for children.

For a chance to win The Calling and other books in paperback, go to